The controversial law, the Republic Act 10913 or the Anti-Distracted Driving Act, was confirmed to have been suspended five days after its implementation last May 18, 2017 amid negative reactions among citizens (and netizens). 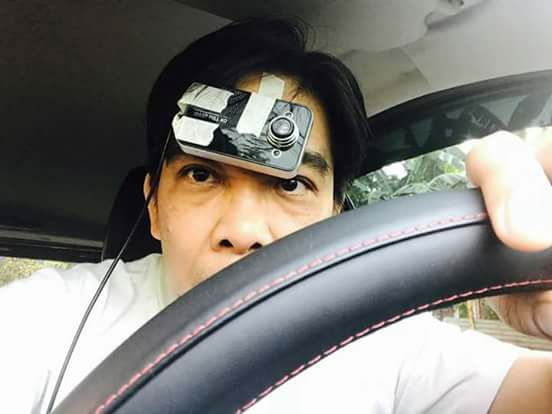 Land Transportation Franchising and Regulatory Board (LTFRB) spokesperson Aileen Lizada said that they will now focus on information dissemination after the suspension - gmanetwork.com.


The enforcement of the controversial Anti-Distracted Driving Act has been suspended amid calls by lawmakers to review its implementing rules and regulations, the Land Transportation Franchising and Regulatory Board (LTFRB) said Tuesday.

"We will abide with the authors of the law and the Committee on Transportation. And the Department of Transportation will focus more on information dissemination and will hold the enforcement," LTFRB Board Member and spokesperson Aileen Lizada told reporters in a text message.

Even the Catholic church has strongly express their disagreement on the newly implemented law after knowing that the rosary was included on the list of banned items, as stated by abs-cbn.com


A church official has called the ban of rosaries and religious icons on a vehicle's dashboard an "overreaction," emphasizing that these items do not really cause accidents.

Fr. Jerome Secillano, Catholic Bishops Conference of the Philippines (CBCP) Executive Secretary for Public Affairs said that while he agrees with the policy banning the use of phones while driving, authorities are missing the point in banning religious displays.

"It’s not the rosaries that cause accidents, but foremost among them are mechanical problems and the drivers' ignorance and abusive behavior on the road," he said.

On a separate post from abs-cbn.com, they said that confusion and lack of information dissemination are among of the reasons for the suspension.


The House Committee on Transportation earlier moved to suspend the implementation of the Anti-Distracted Driving Act, amid public confusion and lack of information dissemination.

Other stakeholders, including transport groups and church leaders, called the measure "stretched" and "overbearing" as it allegedly violated the rights of vehicle owners to practice their faith.


As more people posted online about their confusion, some poked fun at the new law, asking ridiculous questions to authorities.