It seems like the ISIS backed terrorist group got what they have asked for after Philippine President Rodrigo Duterte placed the entire Mindanao under martial law. 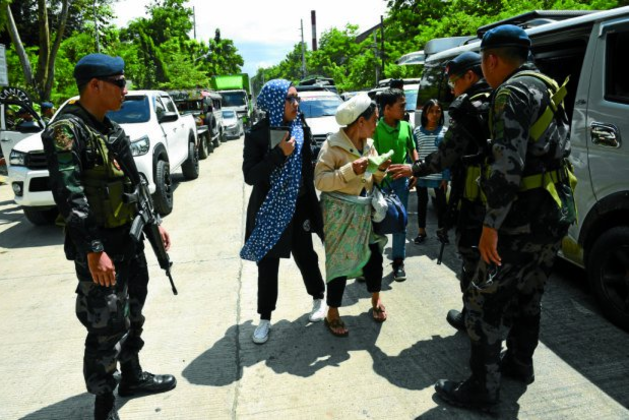 cnnphilippines.com said that the declaration happened at ten in the evening of May 23, 2017 - Tuesday.

Speaking in a joint press briefing in Moscow, Russia along with Defense Secretary Delfin Lorenzana and Foreign Affairs Secretary Alan Peter Cayetano, Abella said the President made the declaration at 10 p.m., Manila time, amid the clashes between government forces and armed Maute group members in Marawi City which erupted Tuesday afternoon.

mindanews.com said that the martial law is implemented in Mindanao's 27 provinces and 33 cities.


President Rodrigo Duterte has declared martial law in all of Mindanao’s 27 provinces and 33 cities effective 10 p.m. Tuesday (in the Philippines) following clashes between government forces and the terrorist Maute Group in downtown Marawi City that left two soldiers and a police officer dead, and 12 others injured.


mb.com.ph said that the declaration of martial law was done while the president is on Russia.

yahoo.com had confirmed the unrest on the southern part of the country as they stated on an article that the terror group has been taking innocent hostages as a shield against the government forces.

"Father Chito Suganob and others were in the Cathedral of Our Lady Help of Christians when members of the Maute fighting group forced their way into the Cathedral, taking with them Fr. Chito and others as hostages," Catholic Bishops' Conference of the Philippines president archbishop Socrates Villegas said in a statement.

"They have threatened to kill the hostages if the government forces unleashed against them are not recalled."

On a separate post, yahoo.com said that the martial law could last for a year.


Philippine President Rodrigo Duterte said Wednesday martial law in the southern region of Mindanao could last a year, as he vowed it would be similar to the late Ferdinand Marcos's dictatorship.

sunstar.com.ph stressed that the government will be harsh on the implementation of martial law.


PRESIDENT Rodrigo Duterte said the martial law in Mindanao will not be different from the one-man rule during the time of the late dictator Ferdinand Marcos, stressing he will be “harsh” in dealing with the terrorists.

"Martial law is martial law. So to my countrymen, you have experienced martial law. Ito, it would not be any different from what the President Marcos did. I’d be harsh,” Duterte said in a video interview posted by Presidential Communications Operations Office Assistant Secretary Marguax “Mocha” Uson on Facebook.

The martial law however will last for 60 days as stated by the law according to bbc.com.

Mr Duterte said insurgents had beheaded a policeman on the southern island. At least three other members of the security forces are reported dead.

On Tuesday he imposed martial law for 60 days on Mindanao, where Muslim rebel groups are seeking autonomy.


Meanwhile, amid fear on the declaration, the president assured the public that there would be no abuses from the executive department of the government on the implementation of martial law as reported by abs-cbn.com.


President Rodrigo Duterte on Wednesday assured the public that there would be no abuses in the implementation of martial law in Mindanao, where he imposed military rule.

This amid concerns that several human rights groups and progressive lawmakers have aired over possible excesses in the imposition of military rule.

“I will assure you I am not willing to allow abuses. Government is still running, the Congress is functioning, and the courts are open for citizens to seek grievance,” Duterte said upon arriving in Manila from a shortened official visit to Russia.

The President, however, said those who would dare to carry out terror and criminal acts would deal with the government’s wrath.
“We are the least of your worry but if you confront government - and my orders are [first], to enforce the law. And anyone caught possessing a gun and confronting us with violence, my orders are shoot to kill. I will not hesitate to do it,” he said.

“If I think that you should die, you will die. If you fight us, you will die. If there is an open defiance, you will die,” he added.ary rule following clashes between government troops and the Maute terror group.
Some of the groups have pledged support for so-called Islamic State (IS).

Thousands of people have been fleeing fighting in the city of Marawi after gunmen rampaged through the city.

"If it would take a year to do it, if it's over within a month, then I'd be happy," Duterte said in a video posted online by the government.