Magdalo Representative Gary Alejano had filed an impeachment complaint against Philippine President Rodrigo Duterte according to a gmanetwork.com's article.

Alejano, in his 16-page complaint, cited the following as grounds for Duterte's impeachment: 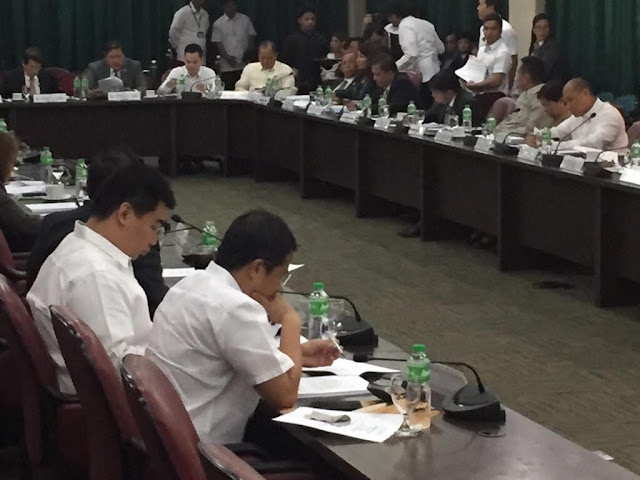 However, the filed complaints were immediately dismissed due to lack of basis as the inquirer.net post pointed out.

The House of Representatives justice committee on Monday dismissed the two impeachment complaints lodged against President Rodrigo Duterte for insufficiency in substance.

Alejano filed the two impeachment complaints against Duterte for his alleged role in state-sponsored killings and the Davao Death Squad, as well as his alleged inaction to uphold the country’s sovereign rights over the West Philippine Sea, Panatag Shoal and Benham Rise amid the administration’s cooling of ties with China.

The action however backfired on the complainant after the House Majority Leader Rodolfo Fariñas warned that Alejano will be subjected to an ethics case after presenting the impeachment complain based on hearsay, this is after he took an oath that he has full personal knowledge of the case. abs-cbnnews.com article says:

The warning came from House Majority Leader Rodolfo Fariñas who noted that Alejano based his allegations on news reports, the Senate testimony of self-confessed hitmen, unauthenticated bank documents and the affidavit of Senator Antonio Trillanes.

Alejano had sworn under oath that he did have personal knowledge but during Monday's hearing, he did admit that his complaint was mainly based on "open sources," but insisted that these could not be deemed hearsay because he personally reviewed that information.

"I affirm the contents of the verification -- that I have personal knowledge based on facts culled from authentic records," he said.

The impeachment complain was rejected by the lawmakers within four hours of the initial hearing according to rappler.com.

After roughly 4 hours of debates and one closed-door session, the House justice committee voted to reject the impeachment complaint filed against President Rodrigo Duterte.

Out of the 50 members of the House justice committee, 42 were present during Monday's hearing. The voting was as follows:

Panelo also alleged that the complainant Magdalo Rep. Gary Alejano, only wanted fame when he filed the complaint.

"The complaint is intended to besmirch the reputation of PRRD [President Rodrigo Roa Duterte] and to get the three minutes of fame of the complainant," he said.