Philippine President Rodrigo Duterte was among the first government officials who's Statement of Assets, Liabilities, and Net Worth (SALN) was available from the office of the ombudsman. 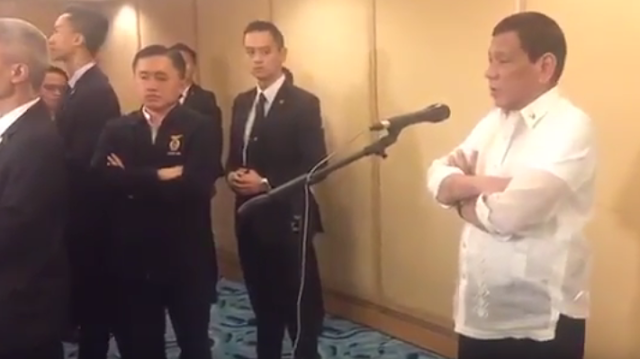 Guys from abs-cbnnews.com had detailed that the president's net worth had increased by 14%.

President Rodrigo Duterte's net worth grew by over P3 million in his first six months as president, according to his latest statement of assets, liabilities and networth as of end 2016.

Meanwhile, inquirer.net noted that the president had joked that the 3 million increase on his SALN came from a certain Vanessa.

Mr. Duterte also joked that the P3-million hike in his SALN came from a certain "Vanessa" whom he said was his lover.

Rappler.com on the other hand told from an interview that the woman named Vanessa is a wealthy woman from Metro Manila whom she also bring on his trips abroad.

Duterte had been giving a tantalizing account of his new relationship with a mystery woman he identified simply as "Vanessa."

"Vanessa, if the Commission or BIR runs after me, all the truth about Vanessa – but as of now she remains incognito,"

This woman, he at first asserted, is the source of the additional P3 million* ($60,337) he declared in his recent Statement of Assets, Liabilities, and Net Worth (SALN).

"Mabait siya (She is kind), and someday I will reveal the truth," teased the President.

However, at the end of the interview President Duterte revealed that the 3 million increase doesnt came from the wealthy woman but came from an excess campaign fund.

By the end of the interview, Duterte said "Vanessa" providing the P3 million was just a joke. The funds, he said, actually came from excess campaign funds he did not know whom to return to.

Below is the actual media briefing when he was on Hong-Kong.