The Megastar Sharon Cuneta had dispelled rumors that her husband Kiko Pangilinan is having an affair with Risa Hontiveros via her facebook account. 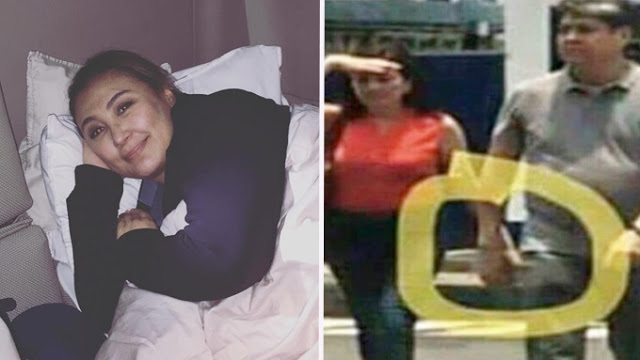 "Here is the truth... There is no truth to the rumours going around that Kiko and Sen. Risa Hontiveros are having an affair (or held hands). Some people are evil. They have nothing better to do than ruin people's lives,"

The "The Voice" coach clarified the rumors last Sunday on her social media account according to an abs-cbnnews.com article.

Veteran actress-singer Sharon Cuneta finally broke her silence on rumors that her marriage with Sen. Francis "Kiko" Pangilinan is on the rocks.

Cuneta took to social media on Sunday, Mother's Day, and belied speculations that her husband is having an affair with Sen. Risa Hontiveros.

Yahoo.com also made a post about the megastar denying the issue.

Sharon Cuneta has recently made her statement regarding rumours of her husband Senator Kiko Pangilinan's extra-marital affair via Facebook.

The actress, whose marriage was marred by rumours of Pangilinan's supposed affair with Senator Risa Hontiveros, shared a long post online on 14 May, denying that there are any issues pertaining to their marriage.

According to pep.ph, the rumor started when a certain website released a photo showing Kiko Pangilinan and Risa Hontiveros holding hands.

Is the photo edited or not? Well, it seems very unlikely though that the two top politician will hold hands on day light especially on a public place.