Officially, the Philippine Atmospheric, Geophysical and Astronomical Services Administration (PAGASA) showed that the Bagyong Ineng had already left the Philippine Area of Reponsibility (PAR) as of last night.

However, the weather bureau released it's forecast on northern Luzon as of four in the morning today, August 25, 2019, stating that a cloudy skies with scattered rain showers and thunderstorms caused by the southwest monsoon will be experiencing on Metro Manila, Ilocos Region, Cordillera Administrative Region, CALABARZON, MIMAROPA, Zambales, Bataan, Batanes and Babuyan group of island while the rest of the country was forecasted to have a partly cloudy to cloudy skies with isolated rain showers and localized thunderstorms.

PAGASA added that there would be possible flash floods or landslides due to scattered light to moderate to at times heavy rains.


Since there are no current tropical depression inside the PAR, the weather bureau released on its announcement that the Southwest Monsoon is affecting Luzon and Western Visayas meaning that the current downpours that the country is experiencing is due to the wet monsoon (Habagat) that this part of the globe is normally experiencing between the months of May to September. 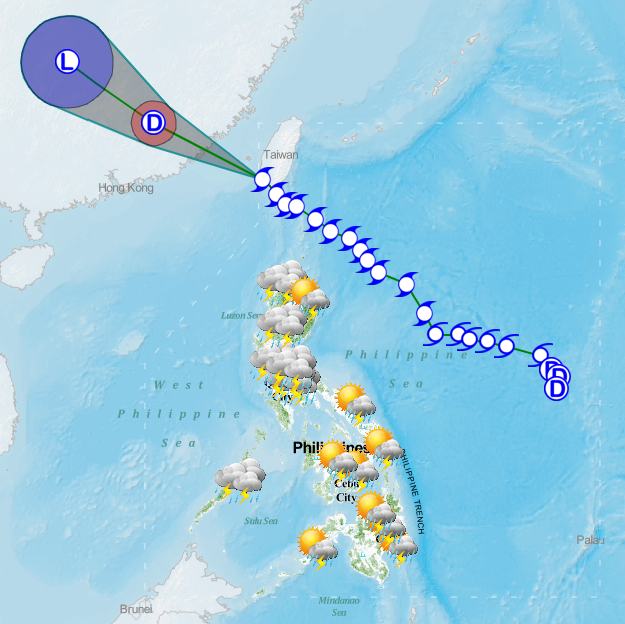 Meanwhile, below is the official weather update from the PAGASA, released earlier at four in the morning.


The weather bureau further announced that there is a low pressure area (LPA) spotted and located 1,695 east of Mindanao, it is expected to enter PAR on Monday. Should this become a tropical depression, it will be named Jenny according to the PAGASA's list of tropical cyclone names for the year 2019. This possible tropical depression is predicted to take its track on central and northern Luzon.

Below is the weather prediction made by GMA's IMReady facebook page.